The make or break moment that defines a leader is when s/he transitions from personally performing tasks to supervising others. George Washington set himself apart as an outstanding leader in the following ways.
Washington formulated a vision of the ideal future, which he balanced against short-term goals. To fulfill his vision, he developed a mission statement of the action steps that had to be taken. He shared these with his team so that they would feel a joint ownership and accept responsibility for accomplishing the goals.
Washington was aided in making tough and timely decisions by seeking advice from others. He would carefully consider their opinions, then make a decision. Once he reached a decision, he rarely changed it unless unusual circumstances warranted a revision. He avoided being indecisive, which is fatal to effective leadership. No one trusts an indecisive leader. 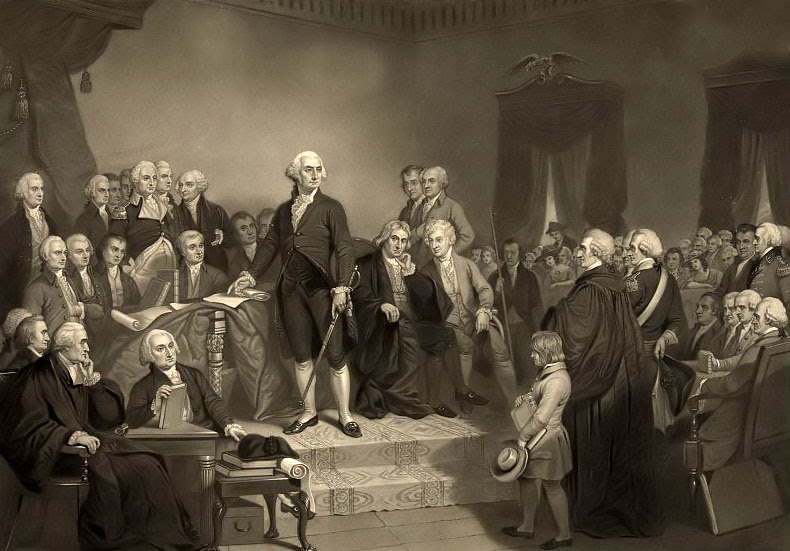 Washington surrounded himself with good people who were emotionally secure enough to not resent being outshone. Knowing he could not do everything by himself, he delegated responsibility and authority to others, empowering them to make great accomplishments. Early on in the French and Indian War, he appointed Gist to be his chief aide. In the Revolutionary War, he appointed Generals Greene, Knox, and Lafayette to vital leadership posts,  Before and during the Constitutional Convention, Washington made Madison a key figure. He also appointed Jefferson, Hamilton, Knox, and Randolph to his first presidential cabinet. Their achievements reflected well on  him and added to his credibility.
Washington managed resources, especially human resources, very well. For example, he  never ordered his soldiers to attack entrenched British troops. He thought it best to attack an unprepared enemy - not one who was ready and waiting. At Trenton, he ordered a dawn attack to catch the drunk Hessians off guard (see Christmas 1776 - Victory or Death at Trenton). The attack devastated the British allies and secured an important victory for Washington.
Washington was careful not to de-motivate the people in his charge with too much red tape. He was also careful to not treat them with distrust or suspicion, or use diresprctful command and control techniques to convey orders.
Washington respected the diversity of his soldiers' different cultures, religions, races, etc. Upon assuming command of the Continental Army at Cambridge, Washington faced the problem of prejudice among the militias of the four New England colonies surrounding the British at Boston. It was problematic because the soldiers of one colony would not serve under an officer from another colony. Washington appealed to their pride of belonging to the whole of the Colonial effort, not just to individual colonies. The militiamen were then willing to work together. Washington's Continental Army was also fully integrated. African-Americans fought alongside white colonists.
Washington was a good listener and he cultivated an open door policy. Even the lowliest private who called upon him was welcomed and received with respect. Washington sought to gain valuable information from each conversation by asking pertinent questions. 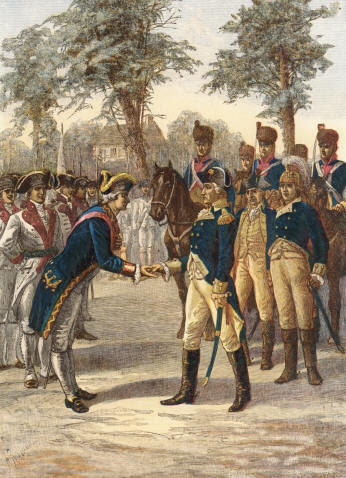 Washington learned from his  mistakes. During the French and Indian War, he had his men holed up at Fort Necessity, where the enemy overwhelmed the. With no avenue for escape, Washington was forced to unconditionally surrender his men en masse. Washington never again allowed men under his command to be trapped in a fort. Another unfortunate incident was at the Jumonville massacre. While interrogating a French diplomat, Washington carelessly allowed the Indian ally to tomahawk and scalp his prisoner right before his eyes. Never again did anything of the sort happen under Washington's watch. Contrast this willingness to learn to the British attitude. At Bunker Hill, the British ships could have blasted American lines to oblivion, but their officers wanted to show off how brave and capable their soldiers were. The troops were forced to march up a steep hill with 120 pound back packs, which slowed them down. The British soldiers were slaughtered. In WWI, 150 years later, the British did the exact same thing, leading to another massacre of British troops.
Washington was flexible and could adapt to changing situations. At first, Washington thought he had to defeat the British Army to win the Revolutionary War. At some point, however, he realized all he had to do to win was to just not lose. To that end, he fought a war of attrition to exhaust the British will to fight.
By looking to Washington's leadership methods, anyone can improve their leadership skills.