Cynthia F. Hodges, JD, LLM, MA is an attorney and the author of "Den of Vipers: Central Banks and the Fake Economy."

The Necessity of Learning Harsh Lessons 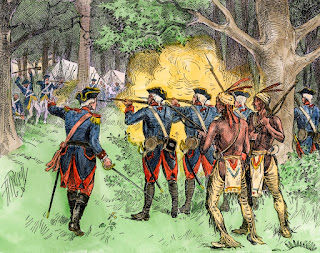 "To rectify past blunders is impossible,
but we might profit by the experience of them."
~ George Washington, in a letter to brother-in-law Fielding Lewis, July 6, 1780

In 1754 before the French and Indian War had officially begun, the 22-year-old commander of the Virginia Regiment, George Washington, ordered his men into Fort Necessity, near present day Pittsburgh, PA. The superior French forces surrounded the fort and laid siege to it. Washington was forced to surrender.

How was this a good thing? When General Washington led the Continental Army years later, he was careful to always keep his troops mobile, to always have an avenue of escape, and to never again be surrounded and forced to surrender. In fact, George Washington became the master of the strategic retreat! If Washington had not had the experience at Fort Necessity, then maybe he would not have learned such a valuable lesson, and maybe the British could have surrounded the Continental Army. Had they done so, our fight for liberty would have been lost.

Washington wrote in 1781 to a colonel in the Continental Army on the value of such an experience: “We ought not to look back, unless it is to derive useful lessons from past errors and for the purpose of profiting from dear bought experience, and to steer clear of the shelves and rocks we have steered upon, is the part of wisdom.”

In a letter to John Jay,  July 18, 1788, Washington advised, "Leaders must learn from others' triumphs and disasters. It will make their own path less rocky." General Sam Houston, commander of the Texas army during its war for independence from Mexico, was well aware of George Washington's capture at Fort Necessity. He warned the Texians, led by Col. William Travis, to not get trapped at the Alamo (1836). Unfortunately, the Mexican Army, led by Gen. Santa Anna, was able to surround the mission. Unlike the French, the Mexicans showed no mercy upon the Texians' surrender. They massacred almost everyone who had managed to survive the battle.

In this light, past mistakes can be viewed as a valuable learning experiences - ones that one knows not to repeat. General Washington wrote to John Armstrong on March 26, 1781:  “To inveigh against things that are past and remedial is unpleasing, but to steer clear of the shelves and rocks we have struck upon is the part of wisdom.”

"As we strive  for our destiny, a study of the past will help us  to determine  what price we must pay for it." (Letter to Philip Marsteller on Dec 15, 1786). On this Independence Day, let us reflect upon the mistakes of history, and let them guide us as we strive to achieve our nation's destiny.

James P. Hodges, Ph.D.
Author of Beyond the Cherry Tree: the Leadership Wisdom of George Washington
Website: Leadership by George!
Winner of the Freedoms Foundation at Valley Forge Medal of Honor
Member: National Speakers Association, American Society for Training and Development
Posted by James P. Hodges, Ph.D. at 8:26 AM No comments:

Posted to The American Mercury on 23 April 2010 by Ann Hendon
Dr. Jim Hodges has what he calls “a special calling that brings the ethical leadership principles of George Washington to life.” In his career as a public speaker, Dr. Hodges has shared the principles of what he calls “our Patriarch” — blending skilful acting with the moving words of a truly inspirational speaker. James Hodges may seem like an anomaly in an America that is rapidly forgetting the heritage of its founding people, but he holds that Washington’s philosophical principles — which he ranks with those of the Stoics of the Classical world — are exactly what the descendants of the founders need to hear... Please click here to read the rest of the article [archived].
____________________________________________

James P. Hodges, Ph.D.
Author of Beyond the Cherry Tree: the Leadership Wisdom of George Washington
Website: Leadership by George!
Winner of the Freedoms Foundation at Valley Forge Medal of Honor
Member: National Speakers Association, American Society for Training and Development
Posted by James P. Hodges, Ph.D. at 7:31 AM No comments:

A Leader's Code of Conduct 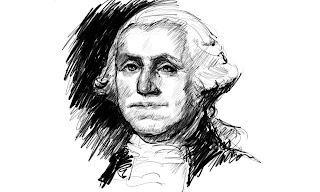 Col. (later General ) William Woodford asked George Washington for advice on leadership at the start of the Revolutionary War.  Washington's reply contained a code of command that is still relevant today:
“The best general advice I can give is to be strict in your discipline, that is, to require nothing unreasonable of your officers and men, but see that      whatever is required be punctually complied with. Reward and punish every man according to his merit, without partiality or prejudice; hear his      complaints, if well founded, redress them, if otherwise, discourage them in order to prevent frivolous ones. Discourage vice in every shape, and impress upon the mind of everyman from the first to the lowest, of the importance of our cause, and what it is they are contending for.  Forever keep in view the necessity of guarding against surprise. Be plain and precise in your orders, and keep copies of them to refer too, that no mistakes may happen. Be easy and condescending in your deportment to your officers, but not too familiar, lest you subject yourself to a want of that respect, which is necessary to support  a proper command. These, Sir, I have presumed to give as the great outlines for your conduct.”
____________________________________________

James P. Hodges, Ph.D.
Author of Beyond the Cherry Tree: the Leadership Wisdom of George Washington
Website: Leadership by George!
Winner of the Freedoms Foundation at Valley Forge Medal of Honor
Member: National Speakers Association, American Society for Training and Development
Posted by James P. Hodges, Ph.D. at 8:16 AM No comments: 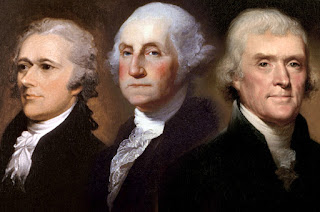 In his first administration as president, George Washington appointed Alexander Hamilton and Thomas Jefferson as Secretary of the Treasury and Secretary of State, respectively. He did not realize it at first, but these  two had divergent ideas on government. Hamilton was for a strong central government and a central banking system. He also wanted the national government to assume all states' debts.  Jefferson, on the other hand, wanted a weak central government with  no assumption of states' debts and certainly not a central bank! [More on their attitudes about banking in this book discussion about Den of Vipers.]
Early in Washington's first administration, the two factions - led by Jefferson vs. Hamilton - stalemated Congress. Something had to be done. So, Washington invited Hamilton and Jefferson to accompany him on a three-day fishing trip. He figured they would either learn to get along or else kill each other. On the boat, they agreed to sponsor a dinner and invite their supporters.
The Jeffersonians (mostly from down South) agreed to vote for the federal government's assumption of the states' debts, which was favored by the Hamiltonians (who were mostly in the North). In return, the Hamiltonians would vote for the permanent national capital to be down South, something that the Jeffersonians wanted. Most national capitals are also the financial centers of their countries, i.e. London, Berlin, Paris, etc, but in America, this was not the case, because of this compromise between the statesmen.
President Washington selected the site of the future capital of Washington, District of Columbia, which was just 7 miles north of his home at Mt. Vernon, Virginia. For the 10 years it took to build the city that would be the seat of the federal government, Philadelphia was the temporary capital. The Pennsylvania representatives tried desperately to make it the permanent capital, but to no avail. However, as a sop to the losing side, the principle street in DC was named "Pennsylvania Ave."
____________________________________________

The Intellectual Diversity of the Founders (Dinesh D'Souza video)

The Intellectual Diversity of the Founders (Dinesh D'Souza video)

Rumble — Progressives portray the founders as a group of narrow-minded farmers whose views have been made obsolete by advances in knowledge and technology, but in a survey of the intellectual world of the founding, we find a depth, range and broadmindedness that would be virtually impossible to find today.