Founding Fathers on Illegal Immigration and the Safety of the Republic

“Illegal immigration is a crisis for our country.
It is an open door for drugs, criminals, and potential terrorists to enter our country.
It is straining our economy, adding costs to our judicial, healthcare, and education systems.”
~ Timothy Murphy
“Anybody who comes into this country illegally is a criminal.”
~ Charlie Daniels 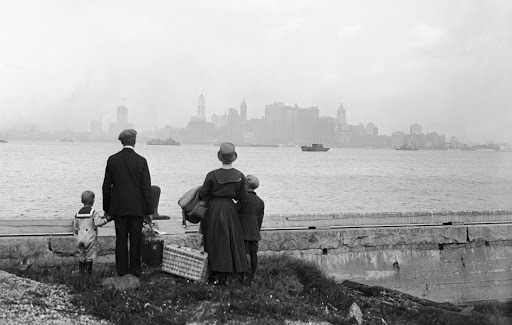 Historically, America has provided for lawful immigration to those who wish to live here and are willing to accept the responsibilities of citizenship. The Founding Fathers welcomed immigrants who contributed to society and who would assimilate into the culture. James Madison said he wished “to invite foreigners of merit and republican principles among us.” He recognized that “America was indebted to emigration for her settlement and prosperity,” but he wanted to exclude anyone who could not readily incorporate himself into society. George Washington felt that immigration should be limited to useful mechanics and some particular description of men and professions.


The Founding Fathers required that four elements be satisfied for an immigrant to become an American citizen. These requirements were incorporated into the the Naturalization Act of 1795 and remain a part of immigration law:

Washington believed it was important for the immigrants to assimilate into American culture, so that they would become “one people.” Washington said:
[T]he policy or advantage of [immigration] taking place in a body (I mean the settling of them in a body) may be much questioned; for, by so doing, they retain the Language, habits and principles (good or bad) which they bring with them. Whereas by an intermixture with our people, they, or their descendants, get assimilated to our customs, measures and laws: in a word, soon become one people.

[George Washington, November 15, 1794]. Alexander Hamilton also felt that
[T]he safety of a republic depends essentially on the energy of a common national sentiment; on a uniformity of principles and habits; on the exemption of citizens from foreign bias and prejudice; and on the love of country which will almost invariably be found to be closely connected with birth, education, and family.
Thomas Jefferson feared that immigrants who brought different ideas and refused to assimilate would cause discord in society. He warned that “These principles, with their language, they will transmit to their children. In proportion to their numbers, they will share with us the legislation. They will infuse into it their spirit, warp and bias its direction, and tender it a heterogeneous, incoherent, distracted mass.” Such an effect would be to destabilize and fracture society.

As opposed to legal immigration, illegal immigration occurs when foreign nationals enter and/or remain in another country in violation of the law. Immigration in conformity with the laws of the United States is to be supported and encouraged, but those who break the law should not be allowed to stay. Rewarding law-breakers only encourages them to further ignore and flaunt our laws and policies.


The economic burden of illegal immigration on taxpayers is staggering. The Center for Immigration Studies found that illegal immigrants cost taxpayers about $10.4 billion a year. According to former Representative from Florida, Ric Keller, taxpayers shell out about $45 billion a year for health care, education, and incarceration expenses of illegal aliens, The burden of illegal immigration is forcing hospitals across the country to close. Harvard economist, George Borjas, said that illegal immigration causes a “huge redistribution [of wealth] away from [unskilled American] workers to [American employers] who use immigrants.” Many college students cannot find summer jobs and wages “across the board are depressed by the overwhelming influx of cheap and illegal labor,” according to Elton Gallegly, Representative from California. Research by Borjas and Robert W. Scrivner, Professor of Economics and Social Policy at Harvard University, and Paul Samuelson, Nobel Prize-winning economist from MIT has shown that illegal immigration has substantially reduced the economic status of poor people in the U.S., while benefiting the middle class and wealthy.  Research by Borjas, Jeffrey Grogger (the Irving Harris Professor in Urban Policy in the Harris School at the University of Chicago), and Gordon H. Hanson (the Director of the Center on Pacific Economies and Professor of Economics at UCSD) indicated that a 10-percent immigrant-induced increase in the supply of a particular skill group reduced the wages of African-Americans by 4.0 percent, lowered the employment rate of African-American men by 3.5 percent, and increased the incarceration rate of African-American men by almost one percent.

The country’s immigration laws are disrespected both by those who cross our borders illegally and by the businesses that hire those illegal immigrants. Identity theft is associated with illegal immigrants who use social security numbers that do not belong to them, in order to obtain fake work documents. Penalties for employers who hire illegal immigrants range from $2,000-$10,000 and up to six months' imprisonment. However, these penalties must be enforced to be effective.

Illegal immigration has also devastated the environment. According to  Mike Coffeen, a biologist with the Fish and Wildlife Service in Tucson, Arizona,
It has been estimated that the average desert-walking immigrant leaves behind 8 pounds of trash during a journey that lasts one to three days if no major incidents occur. Assuming half a million people cross the border illegally into Arizona annually, that translates to 2,000 tons of trash that migrants dump each year...
A few years ago, there were 45 abandoned cars on the Buenos Aires refuge near Sasabe, Arizona and enough trash that a volunteer couple filled 723 large bags with 18,000 pounds of garbage over two months in 2002.
[Environmental Damage]
Illegal immigrants crossing the U.S. - Mexican border in southern Arizona are suspected of having caused eight major wildfires in 2002. [Environmental Damage] The fires destroyed 68,413 acres (276.86 km2) and cost taxpayers $5.1 million to fight. [Environmental Damage]

If we are a nation of laws, immigration should occur legally, “not through the machinations of illegal schemes and scams that threaten our national security,” as J. D. Hayworth, Representative from Arizona, put it. The flood of illegal immigrants to the United States has created great instability. The invasion of illegal immigrants could even be seen as a Fifth Column infiltration. They are undermining this nation from within to benefit another country. In this case, Mexico. According to Mexican President Calderón, “Mexico does not stop at its border, that wherever there is a Mexican, there is Mexico.” [Mexican President Assails U.S. Measures on Migrants]

A program run by the government of the state of Yucatan and a federal Mexican agency helps Mexicans migrating to the U.S. In 2005, they produced a handbook and DVD about how to illegally cross the U.S.-Mexico border. The guide told immigrants where to find health care, how to get their kids into U.S. schools, and how to send money back home to Mexico. The U.S. Department of Homeland Security and some advocacy groups claimed that they were encouraging illegal immigration by giving such advice.

Similar to the guide, the Mexican government distributed a comic book in 2005 that gave tips to people illegally emigrating to the U.S. such as “Don't call attention to yourself. ... Avoid loud parties. ... Don't become involved in fights.” Mark Krikorian, executive director of the Center for Immigration Studies in Washington, said it was “kind of like illegal immigration for dummies.” The comic book had a disclaimer that the Mexican government does not promote illegal border crossings and only encourages visits to the U.S. with required documentation, but as Krikorian said, “Promoting safe illegal immigration is not the same as arguing against it.”


The Mexican federal government issues identity cards called Matrícula Consular (“Consular Registration”) to Mexicans living abroad. The cards allow holders to get driver's licenses in some U.S. states, open bank accounts, and send money home. [Remittances are Mexico's biggest source of income, says Fox]. They are a boon to the Mexican economy, generating more money than the Mexicans in Mexico. In 2003, Vicente Fox, President of Mexico, stated that remittances “are our biggest source of foreign income, bigger than oil, tourism or foreign investment” and that “the money transfers grew after Mexican consulates started giving identity cards to their citizens in the United States.” [Remittances are Mexico's biggest source of income, says Fox] Fox stated that money sent from Mexican workers in the United States to their families back home reached a record $12 billion in 2003.[Id.] Fox said: “The 20 million Mexicans in the United States generate a gross product that is slightly higher than the $600 billion generated by Mexicans in Mexico.” [Id.] In 2005, the World Bank stated that Mexico was receiving $18.1 billion in remittances. In 2007, the illegal aliens were sending home about $20 billion a year. [Mexican President Assails U.S. Measures on Migrants].

In September 2007, Mexican President Calderón criticized the United States for cracking down on illegal immigrants, even though Mexican officials strictly enforce Mexican immigration laws. Elton Gallegly’s response was “It is our hope that in future discussions with the Mexican government, you will encourage Mexico to do its part to address illegal immigration rather than encourage their citizens to illegally enter the U.S.” Unfortunately, Mexico has a strong incentive to encourage its nationals to illegally work in the U.S., since its economy benefits greatly from the money they send back home.

Although the issues surrounding illegal immigration may be complex, America must secure its borders and stop the influx of illegal aliens. Article 4, Section 4 of the United States Constitution states “The United States shall ... protect each [State in this Union] against Invasion...” U.S. authorities have a constitutional duty to protect the border from foreign invasion. If the flood of illegal foreign nationals is not stemmed, we might find that our great nation has been destabilized by a quietly invading force. The safety of the republic depends on halting the invasion.