"Before a standing army can rule, the people must be disarmed, as they are in almost every kingdom of Europe. The supreme power in America cannot enforce unjust laws by the sword, because the whole body of the people are armed, and constitute a force superior to any band of regular troops that can be, on any pretence, raised in the United States.

~ Noah Webster, "An Examination into the Leading Principles of the Federal Constitution," 1787
America’s Founding Fathers framed the Bill of Rights (the first ten amendments to the Constitution) to protect people’s natural and inalienable rights. Such rights are described in the Declaration of Independence as being those rights endowed by the Creator. As such, they cannot be taken away. Albert Gallatin explained in 1789 that “[t]he whole of the Bill [of Rights] is a declaration of the right of the people at large or considered as individuals... It establishes some rights of the individual as unalienable and which consequently, no majority has a right to deprive them of.”
The Bill of Rights identifies the right to keep and bear arms as being one of these inalienable rights of citizens. The right to bear arms has a long history. In Blackstone's 1768 Commentaries on the Laws of England, Henry St. George Tucker declared that “the use of arms for self defense and self-preservation was among the absolute rights of individuals.”
The Subcommittee on the Constitution agreed in a 1982 report that the right to keep and bear arms is an individual right of Americans. The Supreme Court in McDonald v. City of Chicago, Ill., 130 S. Ct. 3020 (2010) held that the right to keep and bear arms for the purpose of self-defense is fundamental to the nation's scheme of ordered liberty, given that self-defense was a basic right recognized by many legal systems from ancient times to the present. 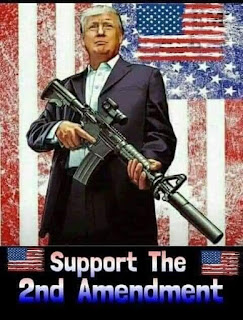 Defense Against Government Tyranny
The Founders feared government tyranny because, as Patrick Henry put it, liberty has been destroyed most often by the tyranny of rulers. Daniel Webster noted that men in governance may “promise to be good masters, but they mean to be masters." George Mason reasonably feared “the natural propensity of rulers to oppress the people.”
Aristotle wrote in Politics that oligarchs and tyrants “mistrust the people, and therefore deprive them of arms.” Rulers will, according to Tucker, try to confine the “right of self-defense within the narrowest limits possible. Wherever standing armies are kept up, and when the right of the people to keep and bear arms is, under any color or pretext whatsoever, prohibited, liberty, if not already annihilated, is on the brink of destruction"  (Henry St. George Tucker, Blackstone's 1768 Commentaries on the Laws of England).
James Burgh observed that "the possession of arms is the distinction between a freeman and a slave, it being the ultimate means by which freedom was to be preserved" (Shalhope, The Ideological Origins of the Second Amendment, p.604). Thus, according to Noah Webster, "before a standing army can rule, the people must be disarmed” (Noah Webster, An Examination of the Leading Principles of the Federal Constitution, Philadelphia, 1787). Not surprisingly, when Great Britain decided to enslave America, “the British Parliament was advised...to disarm the people; that it was the best and most effectual way to enslave them" (quoting George Mason).
The right to keep and bear arms is "the palladium [safeguard] of the liberties of the republic; since it offers a strong moral check against usurpation and arbitrary power of rulers; and will generally, even if these are successful in the first instance, enable the people to resist and triumph over them" (Joseph Story, Commentaries on the Constitution). "[T]o preserve liberty, it is essential that the whole body of the people always possess arms" (Richard H. Lee, Additional Letters from the Federal Farmer, 53, 1788). George Washington extolled the importance of firearms in his address to the 1st session of Congress:
Firearms stand next in importance to the Constitution itself. They are the American people's liberty teeth and keystone under independence... From the hour the Pilgrims landed, to the present day, events, occurrences, and tendencies prove that to ensure peace, security, and happiness, the rifle and pistol are equally indispensable... The very atmosphere of firearms everywhere restrains evil interference. When firearms go, all goes...
Thomas Jefferson asserted that "the strongest reason for the people to retain the right to keep and bear arms is, as a last resort, to protect themselves against tyranny in government" (Thomas Jefferson Papers, p. 334, 1950). According to Alexander Hamilton, "[i]f the representatives of the people betray their constituents, there is then no recourse left but in the exertion of that original right of self-defense which is paramount to all positive forms of government."
Several Founders wrote of the importance of maintaining an armed citizenry. Thomas Jefferson felt strongly that "[n]o free man shall ever be debarred the use of arms.” (Thomas Jefferson Papers, 334) Zacharia Johnson, delegate to Virginia Ratifying Convention, agreed that "the people are not to be disarmed of their weapons." Samuel Adams even pushed for an amendment stating that the "Constitution shall never be construed... to prevent the people of the United States who are peaceable citizens from keeping their own arms" (Phila. Independent Gazetteer, August 20, 1789).
James Monroe was assured that, if the right to keep and bear arms was “well defined, and secured against encroachment, it [would be] impossible that government should ever degenerate into tyranny." James Madison felt confident that "Americans need never fear their government because of the advantage of being armed."
Protecting the Right to Bear Arms
The Second Amendment to the U.S. Constitution was intended to protect the individual right of the American citizen to keep and carry arms in a peaceful manner, to protect himself, his family, and his freedoms, against infringement by either state, federal, or local government.
The Second Amendment reads: “A well regulated Militia, being necessary to the security of a free State, the right of the people to keep and bear Arms, shall not be infringed.” The exact meaning of the text was disputed for many years. Finally, the Supreme Court held in Dist. of Columbia v. Heller, 554 U.S. 570 (2008) that the Second Amendment protects an individual's right to possess a firearm and to use that weapon for traditionally lawful purposes, such as self-defense. This right is protected from infringement by federal, state or municipal government. Unconstitutional laws are void and have no effect. Marbury v. Madison, 5 U.S. 137 (1803).
Conclusion
The Second Amendment protects the inalienable right of Americans to bear arms from infringement by state, federal, or municipal governments.
Legal Disclaimer: The above does not constitute legal advice, but rather is the sole opinion of the author.
REFERENCES
Rich Mason, “Why the Right to Keep and Bear Arms is Important to You,” 1999, available at http://www.tennesseefirearms.com/articles/rkba_important.asp.
“Quotes on Firearms Rights,” available at http://catb.org/~esr/guns/quotes.html.
“REPORT of the SUBCOMMITTEE ON THE CONSTITUTION of the UNITED STATES SENATE NINETY-SEVENTH CONGRESS, Second Session,” February 1982, available at http://www.constitution.org/mil/rkba1982.htm.
“The Right to Bear Arms,” available at http://www.c4cg.org/guns.htm.
“The Right To Keep And Bear Arms - Quotes,” available at http://whatreallyhappened.com/RANCHO/POLITICS/RKBA/2ndQuotes.php.
“U.S. Constitution: Second Amendment,” available at http://caselaw.lp.findlaw.com/data/constitution/amendment02.